Senator John Cornyn (moderate) has let Texas hero Ted Cruz stand alone. Senator Cronyn has been the silent voice of Texas. Lets send a message to the moderate Republican Establishment, replace him with a true statesman like Steve Stockman
Chris Mapp a Conservative Activist "Most political candidates in Texas are not specific on the issues. That is one of the main reasons I am running for U.S. Senate. I am tired of candidates, including conservative candidates, speaking in broad generalities using phrases such as 'cut fraud and waste' or 'reduce the size of government' and never getting around to anything specific except maybe 'cutting mohair subsidies'. The days of taking 'good tasting medicine' to cure our national problems are long behind us. Changing the course of this nation will take some 'bitter medicine' and I believe that all Americans must be called on to give up something in order to turn the tide and get us heading back in the right direction. I invite you, if you are in agreement with my philosophy, to join our cause. Help me, a common man with common sense solutions, get elected to the U.S. Senate.

Information on Texas election candidates who are pro life. If you are pro life, you care about others. The best election info. Texas Independent Conservative Candidates Endorsements - http://independentconservativevoters.com/icv/2014/03/texas-endorsements.html

Conservatives in the Texas Legislature appeared to expand their influence during the state’s primary, as the tea party movement showed renewed determination to tighten its grip on public policy and perhaps force new leadership in the state House. Republicans hold large majorities in both the House and Senate and are all but guaranteed to stay in power in 2013, but redistricting, retirement and ambition for new office led to some blistering campaigns, particularly among some GOP colleagues. Even in a Legislature that rolled over Democrats last year to cut $4 billion in education, pass a voter ID law and place more restrictions on women seeking an abortion, the primary campaigns were dominated by Republicans trying to prove who among them was the most conservative.

In several races Tuesday, most notably in the House, tea party-backed challengers pushed even farther to the right, shoving several incumbents out of office and leaving a few more scrapping to survive the July 31 runoff.

Republican House Speaker Joe Straus of San Antonio, who has spent two years fending off criticism within the GOP that he’s not conservative enough, defeated challenger Matt Beebe, but saw three of his top lieutenants defeated by tea party candidates.

Straus also learned he’ll face a direct challenge to his leadership in 2013. The polls were still open Tuesday when Rep. Bryan Hughes of Mineola announced he’ll run for House speaker, an office elected by the House members. Conservative political activist Michael Quinn Sullivan, president of Empower Texans/Texans for Fiscal Responsibility, called the results a threat to Straus’ future as speaker. “In race after race, Texas primary voters embraced conservative candidates over the team led by moderate House Speaker Joe Straus,” Sullivan said. “The tea party proved themselves more than capable of brewing a much-needed cup of electoral victory.” Republican political consultant Bill Miller said Straus can hang on, but will have to move farther right to win a third term has House leader. “Moderation is out of the question. If there’s any direction to go in the House, it’s to the right. That’s inevitable. You can predict it with 100 percent certainty,” Miller said. The Senate also appeared to take a shift toward the right, with conservatives pushing for at least four open seats. Republicans can now also take aim at Democrat Wendy Davis of Fort Worth, whose Senate District 10 was redrawn into one favoring GOP voters. A strong conservative push in the Senate could be significant if Lt. Gov. David Dewhurst wins his runoff for the U.S. Senate and the 31 Texas senators are forced to choose his interim successor from their own ranks. Dewhurst has made a career of screwing constitutionalists behind the scenes in back-room deals. He talks conservative, but then, so did Lyndon Johnson and John Connally.

The brass-knuckles politics also fueled some bruising Senate campaigns. None was tougher than in District 25, which stretches from San Antonio to Austin. Nineteen-year incumbent and moderate Republican Jeff Wentworth was targeted for defeat by the powerful business lobby Texans for Lawsuit Reform and was forced into a runoff with physician and tea party candidate Donna Campbell. The Wentworth-Campbell runoff could be seen as a major blow for TLR. The group supported former state Railroad Commissioner Elizabeth Ames Jones and helped direct hundreds of thousands of dollars to her campaign, only to see her finish third and out of the runoff.

US SENATE FOR TX

See our list of tea party candidates for TX above.

For for these pro life conservative candidates in the Republican Primary 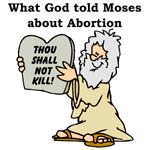 For the best in Christian and in conservative videos at discounted prices visit:
Christian Videos